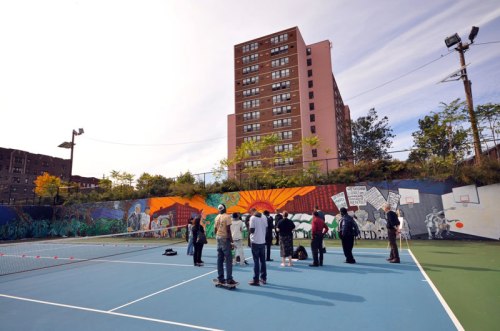 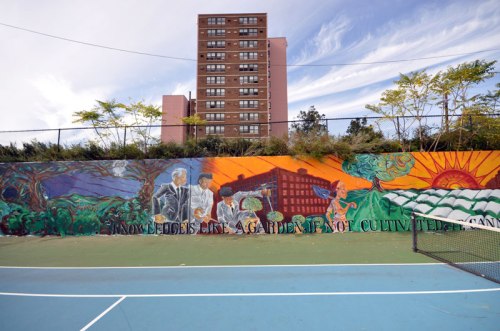 A portion of the mural commemorates the great rent strike at the Stella Wright Houses between 1970 and 1974, when over 2000 people refused to pay rent in protest of their housing conditions. 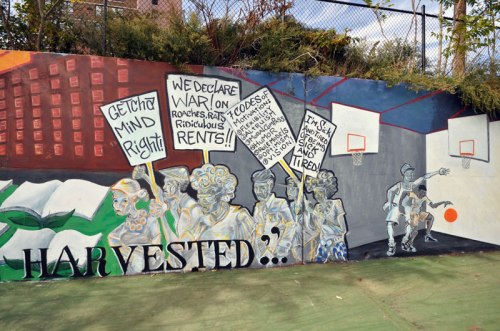 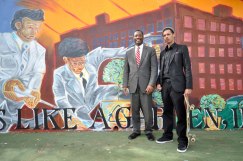 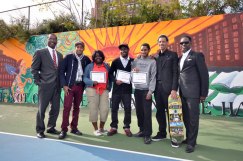 Above left: Artist James Wilson with Central Councilman Darrin Sharif, in front of a scene of former Central Ward Councilman Jesse Allen, for whom the park is named. Above right: Youth team receive certificates of accomplishment.

This entry was posted in Newark Murals. Bookmark the permalink.